-untouched through time under the shade of Mycenae-

The cemetery of Dendra is one of the richest Mycenaean cemeteries Peloponnese and can be compared with the big cemeteries of Prosymna, of Diradas in Nauplia and Assini in Argolida and of Aidonion in Corinthia. As the findings confirm, it was in continuous use from 1500 to 1180 BC and it must have belonged to an important Mycenaean centre, possibly to neighbouring  Midea.
Along the Mycenaean cemetery of Dendra extends to the south-western slope of a low hill, west of the Mycenaean Acropolis of Midea. The excavated part includes a vaulted and sixteen chambered tombs.
The excavations at the site began in the spring of 1926 by Swedish archaeologist Axel W. Persson.

The chambered tombs were carved into the soft rock with a thick hillside.

They consist of three parts: the street, the orifice and the chamber.The tombs differ both in terms of size (the smaller is 8 and the largest almost 20 meters), and in the way that the burial chamber is configured. They have downhill routes with converging walls and quadrilateral burial chambers. The entrance is obstructed in dry stone. Plastered walls and floors, pitched or flat roof, benches and alcoves and side chambers give the impression that these tombs imitate the houses of the living.On the floor of the chambers, additional pits often were dug. The graves had been used for burials, for long periods. Important information for funerary rituals of Mycenaean Period is given to us by the tombs of three pairs of horses found in the vicinity of their graves.

The excavation yielded many important discoveries such as jewellery, gems, weapons, tools and utensils of gold, silver, copper, alabaster glass, ivory, faience and semi-precious stones, as well as interesting pieces of pottery and figurines. However, the famous armour is the most interesting of these. The grave goods in conjunction with the construction of monumental tombs indicate a society with complex social structure.The findings from the Mycenaean cemetery of Dendra are kept in the Archaeological Museum of Nafplio and at the National Archaeological Museum.

The Acropolis is built on top of a conical hill at an altitude of 270 meters from the sea and 170m from the surrounding area .It is located in the middle of the distance between Mycenae and Tiryns dominating the eastern outskirts of Argolida plain. Its strategic location, with the uninterrupted view provides the ability to control the entire plain and Argolikos bay. This explains mainly the development and prosperity of Midea during the Mycenaean area.The cyclopean wall encloses an area of about 24,000 sq.m. and protects the upper Acropolis and the lower terraces northeast and northwest of the hill. The southeast side is steep and for this reason it was not fortified.

The gates of the Acropolis are opposite to one another on the east and west side of the fortification.

Outside the gates, the Cyclopean fortification is another major project, used for irrigation of the Acropolis of Midea and it is similar to analogous structures at Mycenae and Tiryns. This tunnel was opened in ekforic system in the thickness of the western part of the wall, which led to an underground water source.During recent excavations, areas near the East Gate and the lower terraces northeast of the Acropolis were investigated.

The entrance of Eastern Gate, which takes the form of a simple opening in the wall, was purified from the fill. A cyclopean Gangways (ramp), built with boulders, leads to this gate, as to Tirynth. A second inner gate is formed between a cyclopean wall and the inner sidewall of the fortification. After the internal gate, several rooms were investigated, in contact with the wall.As demonstrated by the findings of these rooms, these were workshops and warehouses. In the lower northeast terraces, a large rectangular building with particular significance in the form of “mansion” was revealed. It had been destroyed along with rooms near the East Gate of earthquake and fire in the late 13th century BC, as happened in neighbouring Tirynth.

This earthquake caused extensive damage to the fortification and all the buildings of Acropolis. Residues of skeletons, which were found, submerged by boulders in various spots of the area, belong to the victims of this earthquake. The «palace ” was restored after the destruction and re-used during the 12th century BC.The results of recent excavations, especially finding pottery and seals with inscriptions in Linear B script, indicating that Midea was alongside Mycenae and Tiryns, an administrative and economic center.

Other evidence which links Midea with these two citadels is the kind and quality of findings, which reveal important artistic and craft production, the evident connections with other centres of Argolida the Aegean and the East in general, and the worship spaces, as it is indicated by the large Wheelchairs female figurines and other religious symbols.

Why to visit those archaeological sites?

What else can I do in that area?

**Walk or cycle in a beautiful paths

These archaeological sites they close at 2pm

Price :Depends if you wish guided tour or other extra activity 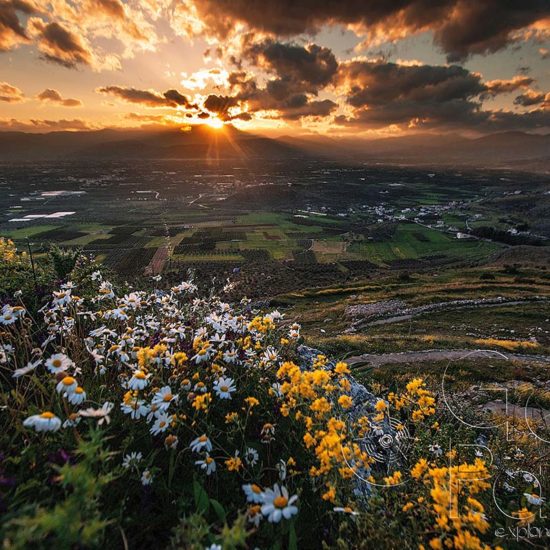 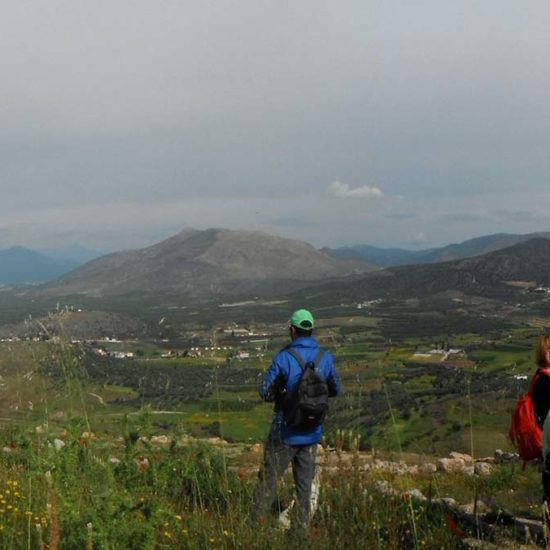 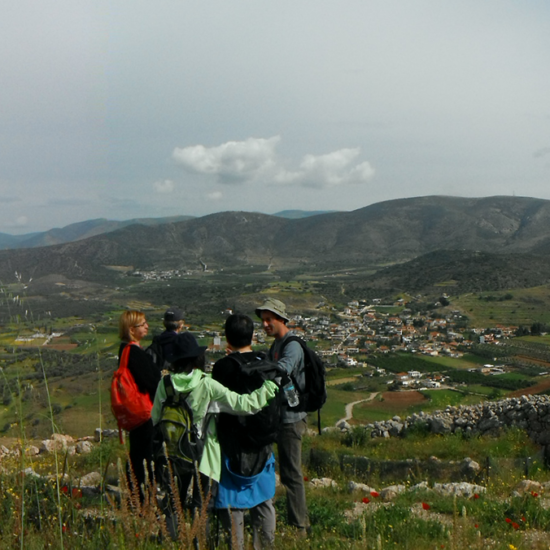 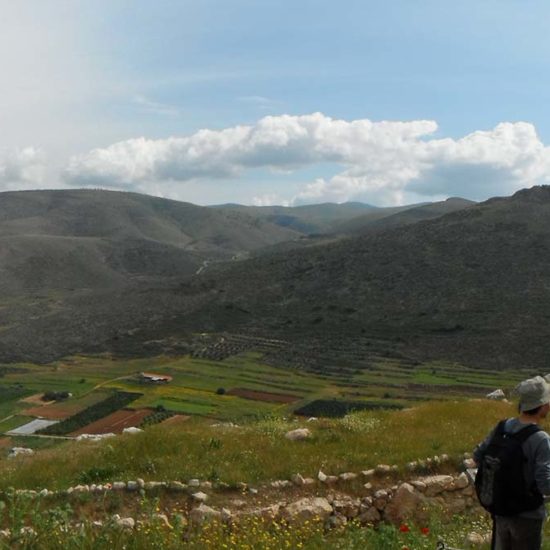 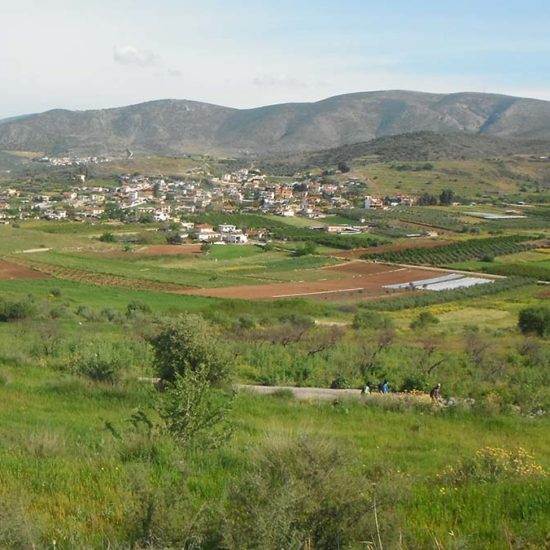 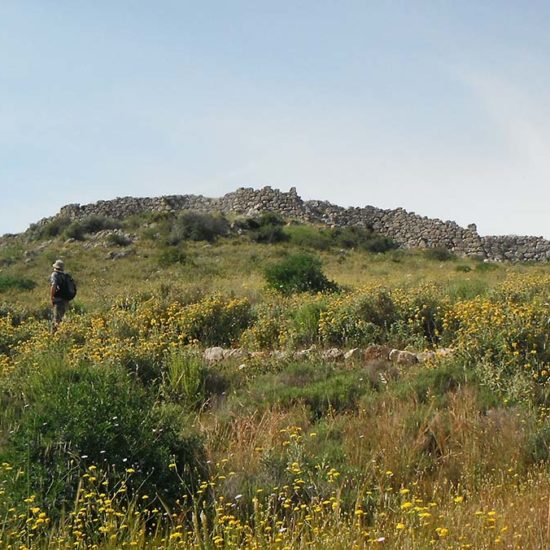 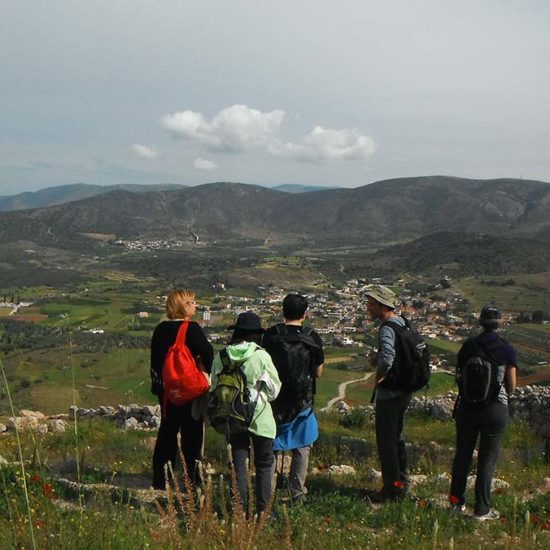 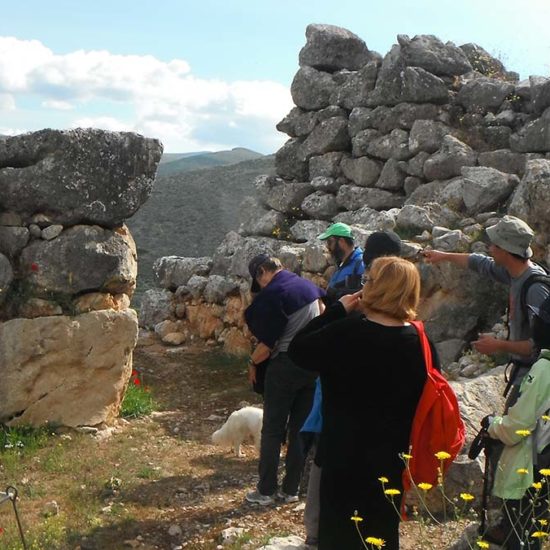 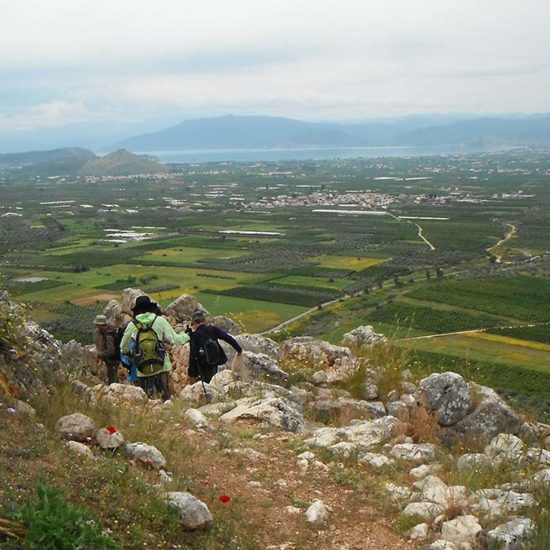 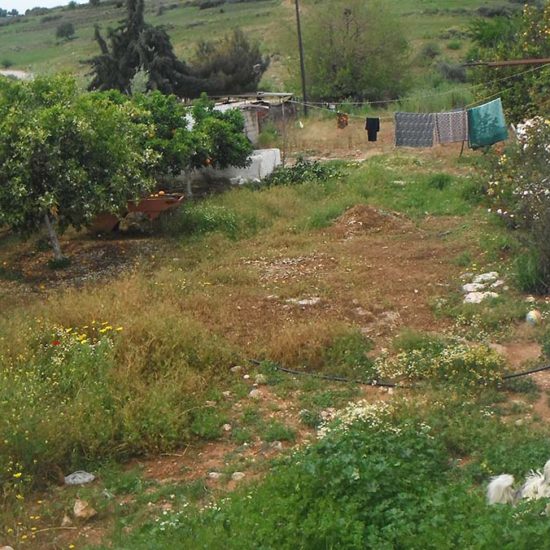 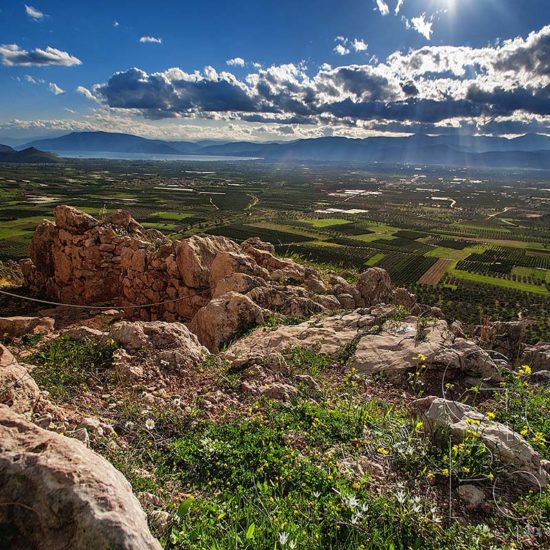