‘The port that they left 80ships for the Trojan war’

‘The port that they left 80ships for the Trojan war’

Except the guided tour with licensed guide in the Acropolis of Assini you can combine the following activities depends on your mood, schedule, desire all year round:

Horse riding for beginners and connoisseurs

Dinner or lunch at home in a local’s house

Fun diving for beginners and connoisseurs

From the 5th millennium BC up to about 600 AC, the citadel was continuously inhabited, but the first citation to Assini was made ​​by Homer (B 560), indicating that Argos , Tiryns , Epidaurus and other cities of Argolida participated in the Trojan war with a large number of ships ( eighty ships) .

The first excavations of the Acropolis and Lower Town were accomplished by the Swedish Archaeological Expedition (1922-1930) and continued in the 1970s by D Conservation Unity of Prehistoric and Classical Antiquity and the Swedish Institute in Athens.The construction of surviving the Acropolis walls until today dated possibly during 300 BC by the King of Macedonia, Demetrius “The Besieger”. They have two main entrances – gates. The main gate is conveniently located on the north side, while the secondary on the east. The wall was repaired during both the Early Byzantine Period, and during the second Venetian Occupation. Furthermore, during the Italian Occupation, fortifications were erected on the Acropolis.The life cycle of the Acropolis is directly interwoven with the surrounding area and in particular with the position “Hill Barbuna.”, which was a large Mycenaean cemetery. In the graves many offerings were found, which reinforces the view that Assini communicated with the cities of the Aegean, Crete and probably Cyprus. The discovery of shipwrecks of Mycenaean era at Iria (area near Assini) confirms the previous speculation.The Late Geometric period found (8th century BC) Assini flourishing, developing trade with Athens, Cyclades and southern Peloponnese. During the next century, the decline of Assini begins, which will last several centuries and the inhabitants migrate to Assini of Messinia (Koroni). In the 3rd century, a period of Assini’s recovery commences. The excavation efforts have revealed valuable findings that era, such as tanks, houses, mill etc.The dwelling of the Acropolis continued certainly until about the 7th century AD, as finds in the Lower Town certify the existence of life these centuries.At the archaeological excavations of the Lower City is a small chapel dedicated to the Virgin Mary.Many of the finds from the excavations of Assini are on display in Sweden museums particularly from the excavations of 1920, while others exhibited in the Archaeological Museum of Nafplio.Finally, it should be noted that among other findings, there was a Mycenaean clay head called the “King of Assini.”The statue was the inspiration for Nobel laureate poet George Seferis creating the poem, which made Assini globally famous.
“Assinin te … Assinin te … ” 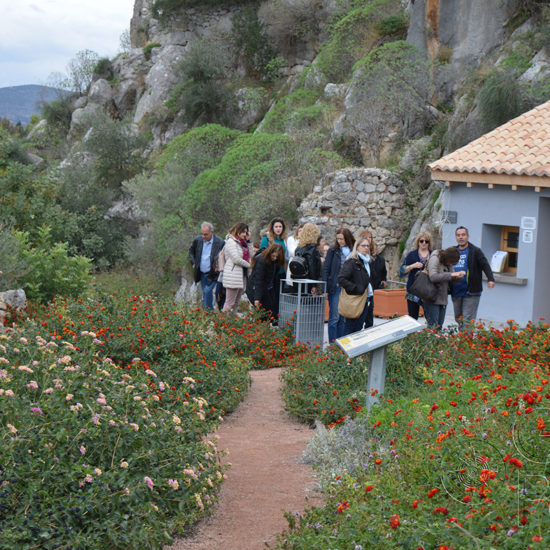 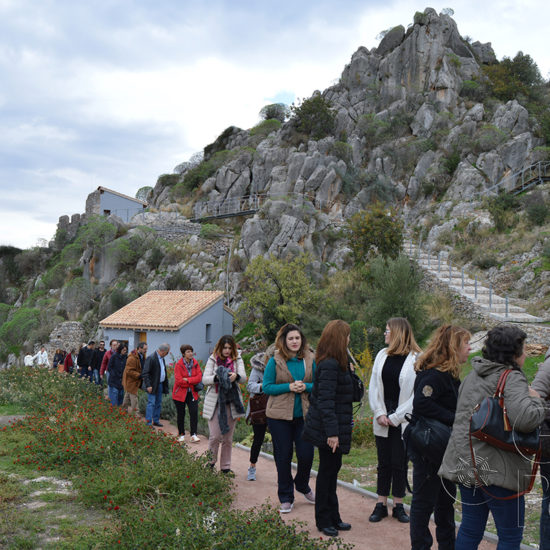 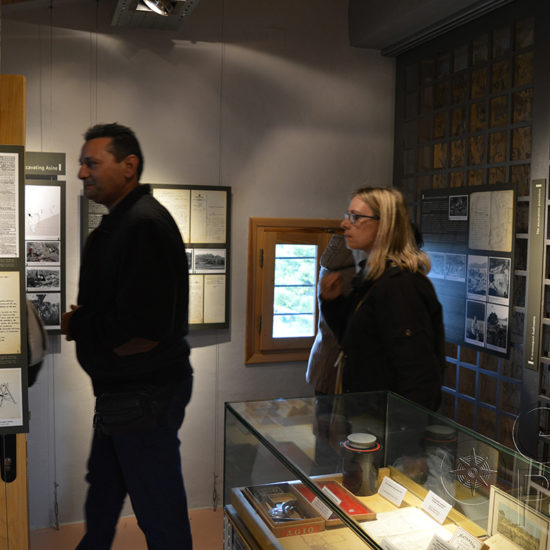 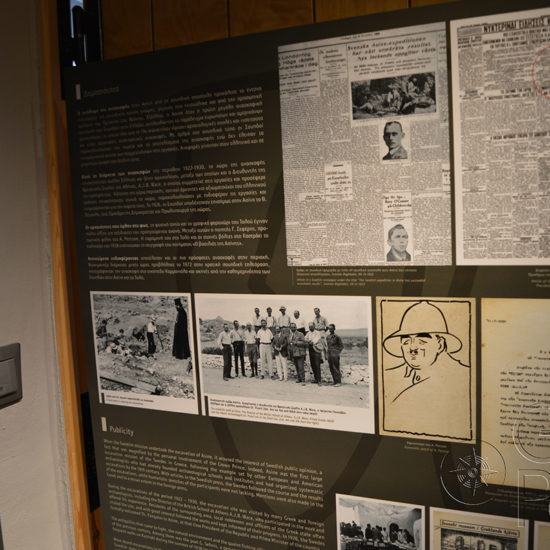 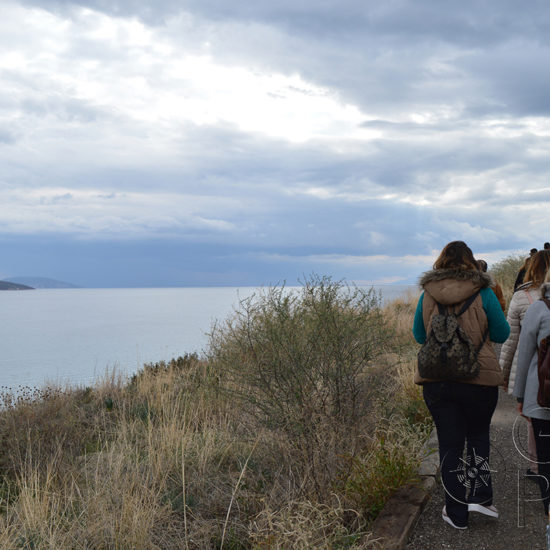 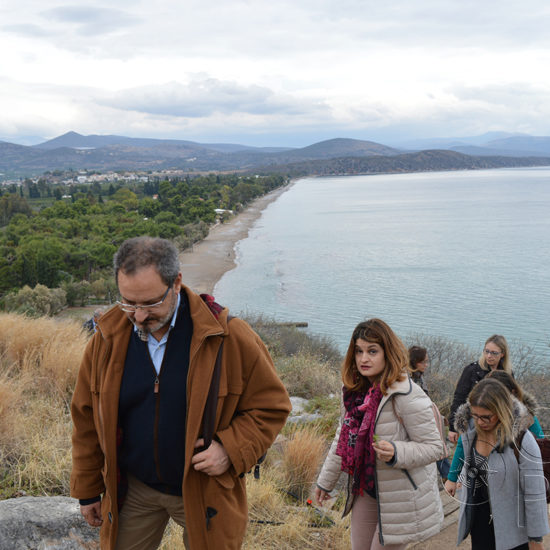 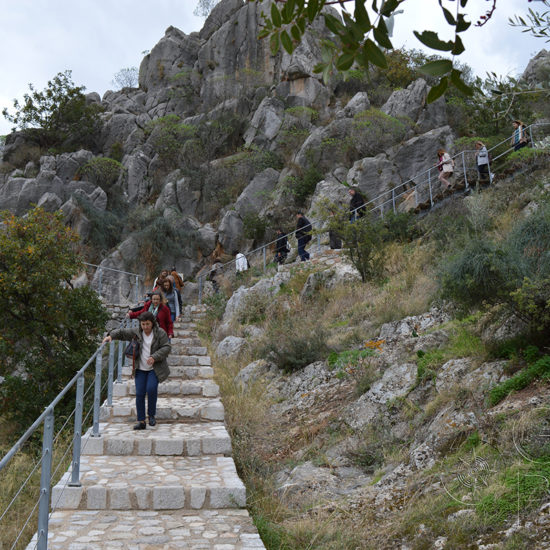 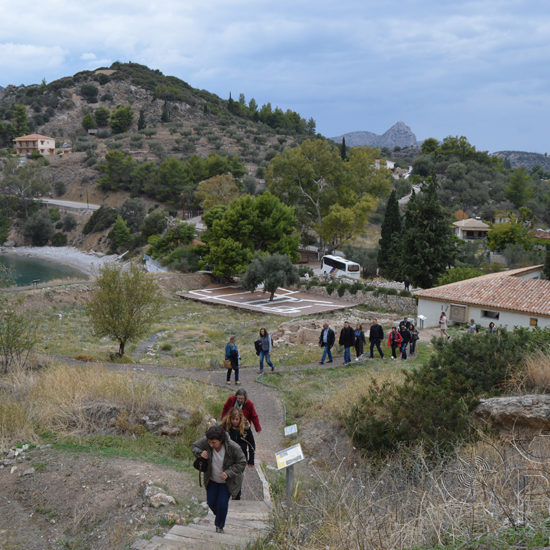 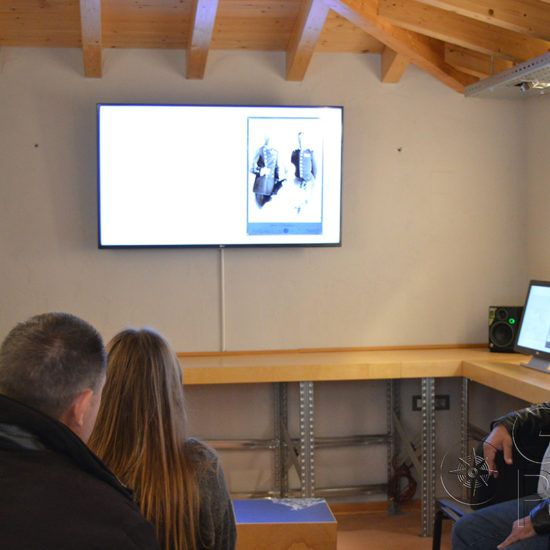 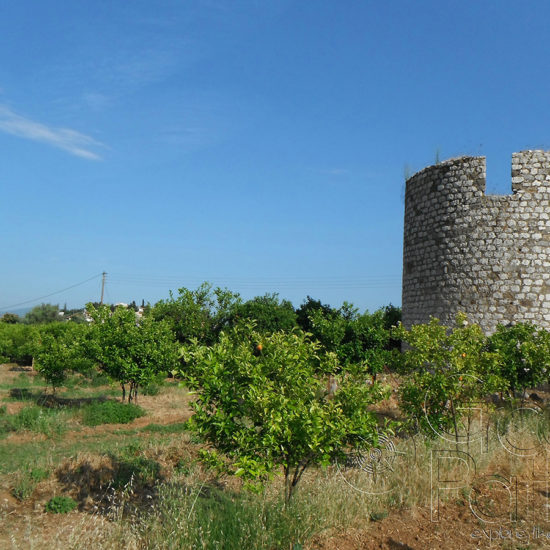 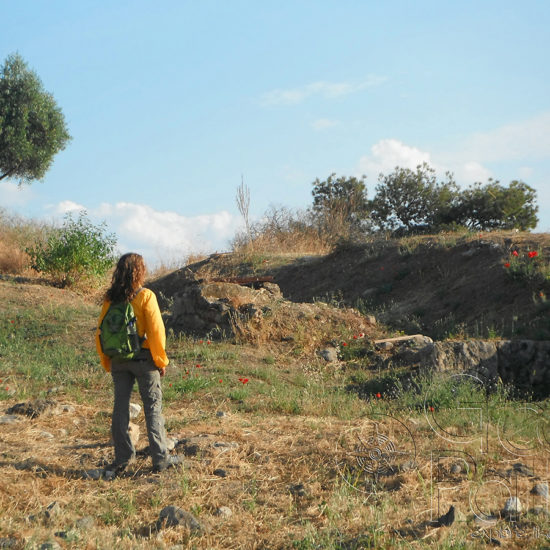 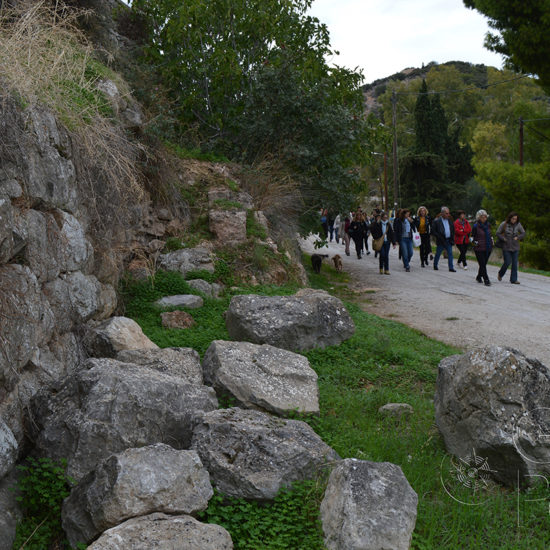