walking the same ancient path that the King of Agamemnon walked

Wealth, blood, glory .. 3 words that could describe briefly Mycenae and its past.The Rich Mycenae are today one of the most important archaeological sites worldwide.Thousands roads started from there and ended up to the ends of the world. Two from those roads we choose to pass with the dream to meet the king Agamemnon when he returned winner from the Troy up to his gold carriage..
Let’s meet him..

This route follows the traces of an ancient road that connected Mycenaean citadel of Mycenae with the basin of the village Prosimni, which passed the shortest route (Kontoporeia) linking Argos with Korinthos.

The route passes from many points of great archaeological interest: Hellenistic tower near Prosimni,Roman baths and a cistern, from a little church with roman mosaics next to the baths, vaulted Mycenaean tomb, ruins of a Mycenaean settlement on the hill called ‘Mastos’ and at the end of our walk the impressive citadel of Mycenae.The total length of the route is 10.1 km (one way) and the total altitude we walk is no more than 230 meters.The beginning of the tour can be made from the Prosimni, (or from the Mycenae) a traditional village on the highest point of a small basin, which is separated from the plain of Argos with the narrow gorge Klisoura.Crossing only this mythical and historical path can someone feel its breeze, by following the footsteps of Orestes.It is a route with a great historical and archaeological interesting, panoramic view, through olive fields and hidden ruins. 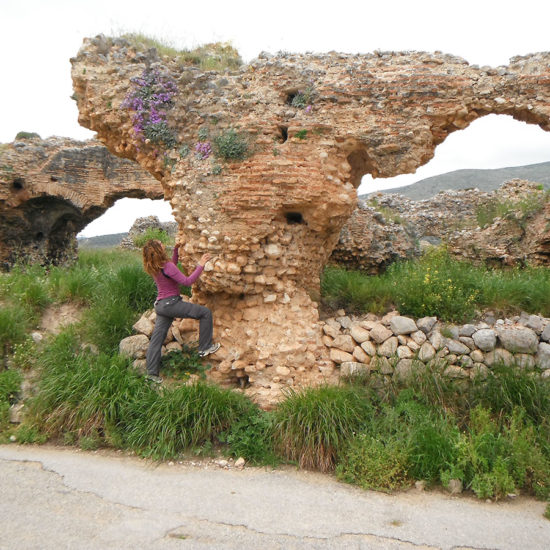 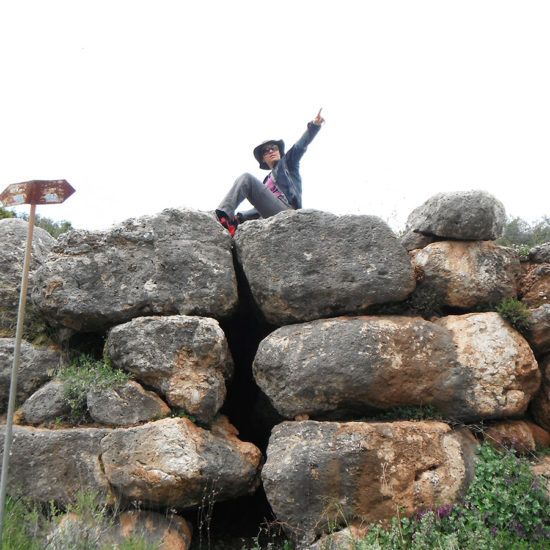 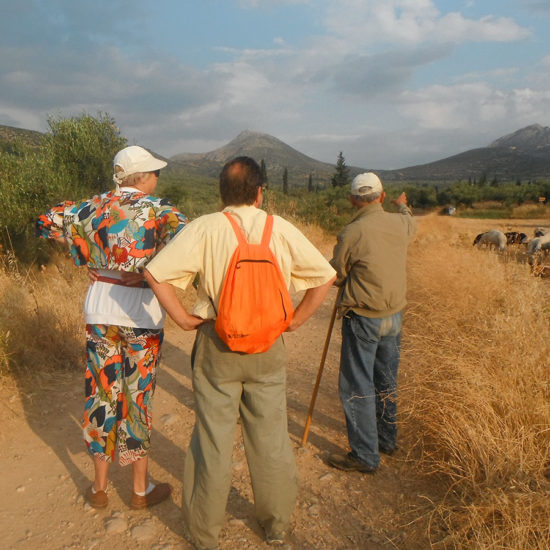 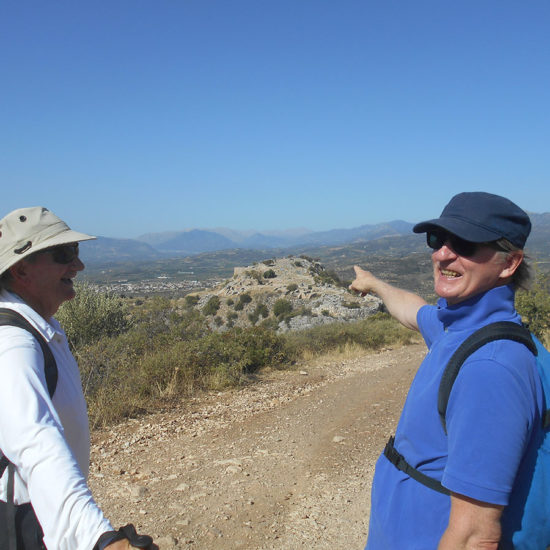 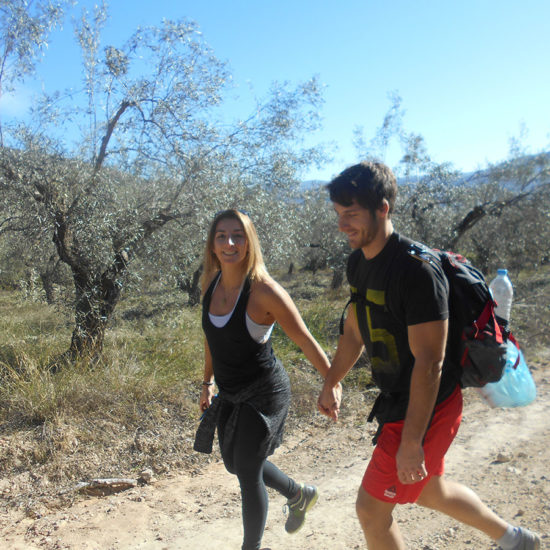 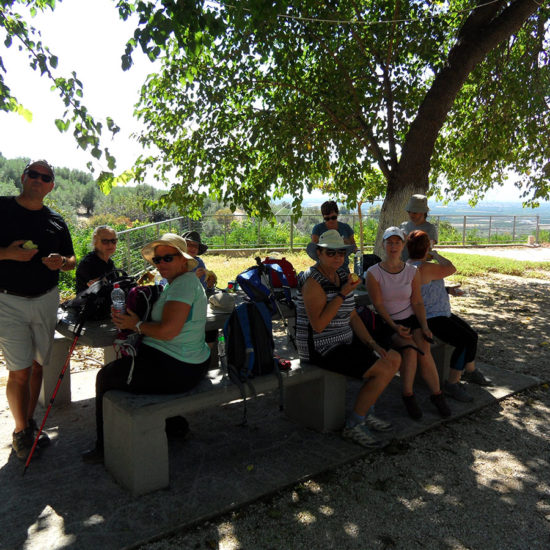 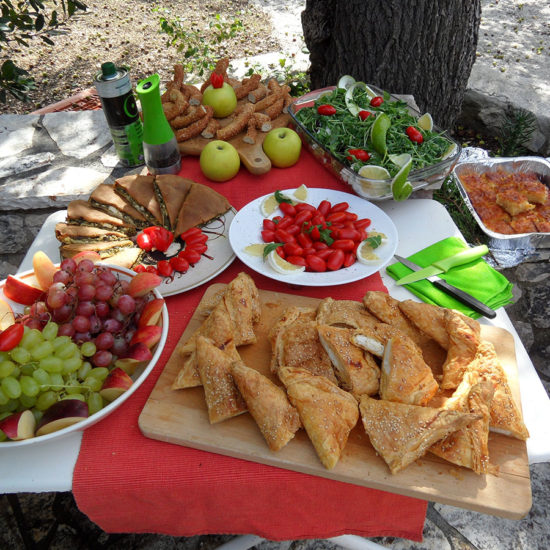 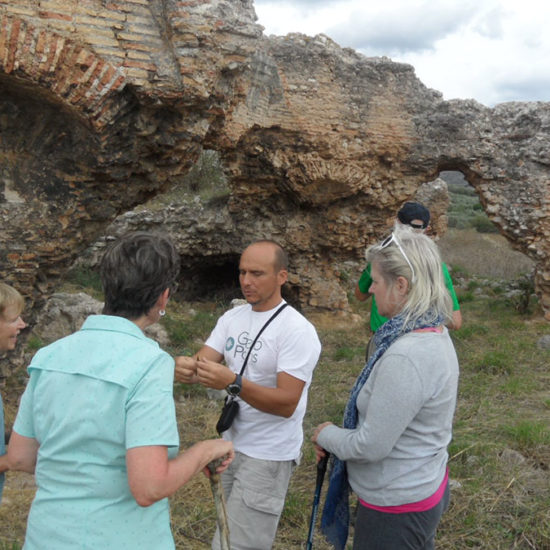 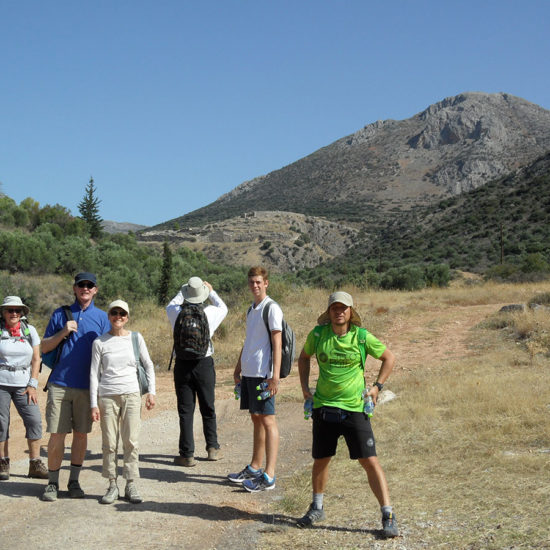 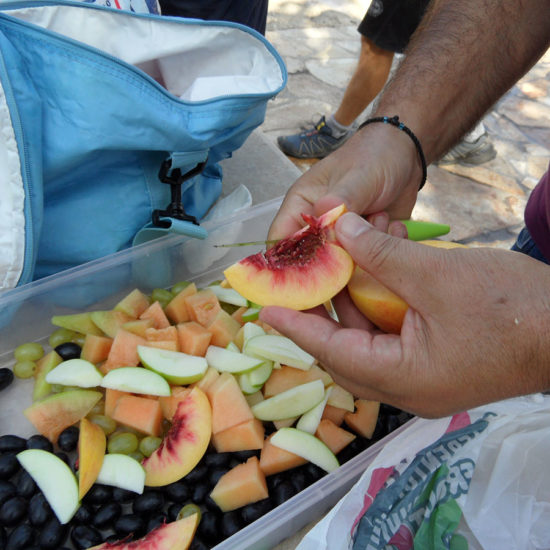 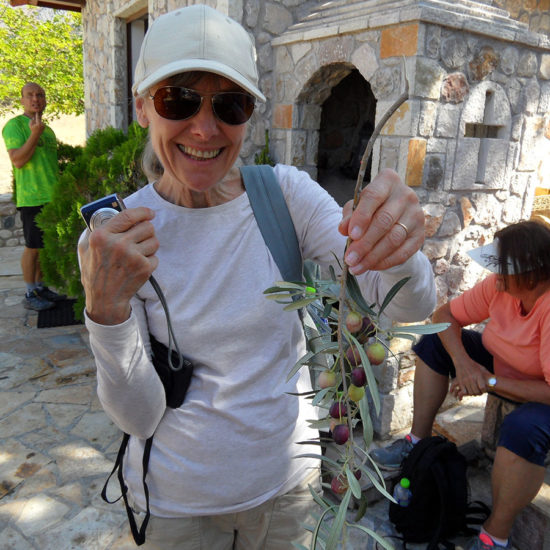 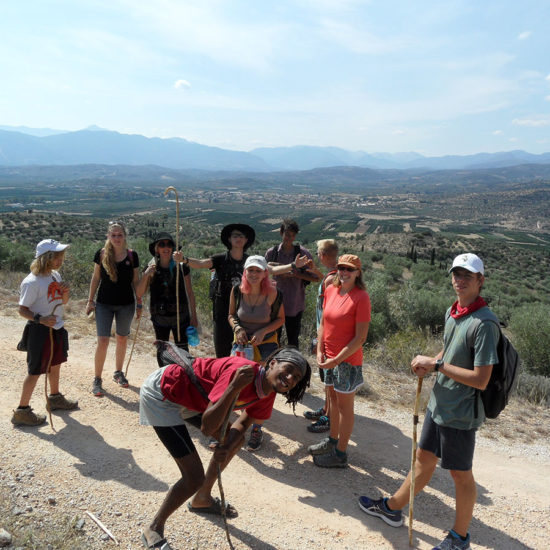